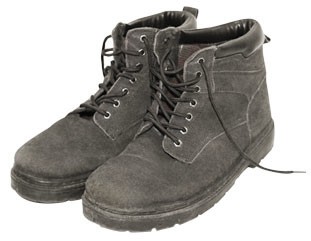 In researching personal accounts of the 1964 Good Friday Earthquake for my novel THE VOLUME OF WATER, one of the things that stood out to me was the amount of damage that occurred in the first few minutes of the quake.

Fortunately, the quake, a 9.2 megathrust which was the largest ever recorded in the Northern Hemisphere, occurred during the day – at about 5:30 pm. It happened just after people had vacated office buildings in the busy Downtown Anchorage area; experts have stated if it had happened an hour earlier, hundreds more may have been killed.

I cannot imagine how much worse the devastation would have been if the initial quake had occurred at night. At least in the daytime, people can see debris falling toward them, they can see the earth literally coming open under their feet. In the daylight, we can find and hold onto our loved ones. If we have to, we can see to grab out coats and boots before we run out of a collapsing building or home.

Anyone living in the area of the Pacific Northwest known as the Rim of Fire knows that another “big one” could be just around the corner. Most prepare to some degree for such an event. However, since disaster can strike anywhere at anytime; it is important to be able to react quickly in those first few minutes. How many of us are prepared to do that?

Last year, to commemorate the anniversary of a local fire, I did an article for the Frontiersman Newspaper in which I interviewed the spokeswoman for our borough’s emergency preparedness department . What I expected was the same information everybody gives out – have canned food on hand, stash some candles and blankets, lots of water, etc. Instead, the first thing that came up was … tennis shoes.

“Say you’re sleeping, and a quake happens,” she said. “Maybe the power goes out. Maybe it’s the middle of winter. Would you even be able to find your shoes? Your house keys? Your front door?”

Um … no. Probably not. One likes to hope, if disaster must strike, that it doesn’t happen when it’s dark or 20 below outside, but then, I live in Alaska – what are the odds? That thought haunted me.

We are a large, homeschooling family. That’s code for “our entry way is usually a hot mess of random shoes, socks, mittens, hats, projects, books of all shapes and sizes and the occasional sharp Lego toy.” If I had to get my family out of the house in a hurry, especially in winter, we’d all be in deep trouble.

The preparedness spokeswoman pointed out that if a large quake occurs, it’s possible – even likely – the floor will be covered in broken glass (and, of course, Legos). So it’s a good idea to stow a pair of tennis shoes (sturdy shoes that can be slipped on easily) under each bed. Some people keep a large ziplock bag under the bed with their shoes, a light jacket, flashlight, maybe a whistle, and other must-have items (like an inhaler if you have family members with asthma, which we do). You can even secure the bags to the frame of the bed so they don’t get pushed back out of reach.

I am working toward the goal of going to bed at night with an entry at least organized enough that everyone could find their own coat and boots with a flashlight. We’ve designated specific places in the house for those flashlights, too. I now sleep with a pair of shoes or boots next to my bed that I can slip on in an instant. I keep my iPhone charged at night, and I have an app for it that provides a quick flashlight. I keep it and my keys on my nightstand, an arm’s reach away. My older kids know how to open the garage door if the power goes out, so if the house becomes unsafe and it’s too cold to remain outside (which it is much of the year), we can pull the car out and at least be out of the elements.

I read enough first-hands accounts of the devastation that occurred after the 1964 quake, and the tsunamis that hit the coastal regions afterward, to believe that those first five minutes can be key to survival. Maybe you don’t have earthquakes in your neck of the woods, but I bet you have fires, or tornadoes, or riots, or something else equally dangerous and unpredictable. Having a pair of shoes and a plan to survive the first few minutes of an emergency is easy and inexpensive, and it might make all the difference to you and your loved ones.

Do you have a “5-minute bag?” Is there anything I’ve forgotten? If you have any tips or advice, please let me know in the comments section! Thanks!

In 1964, the Alaskan king crab industry was just taking off. Monsters like this guy were not rare. Working the cannery line was miserable, and made for a long, long day. But the industry brought work to Alaska’s remote coastal towns. In the early days, catches of up to 3,000 king crabs a day were not uncommon, with individual crabs weight 8-10 pounds each. 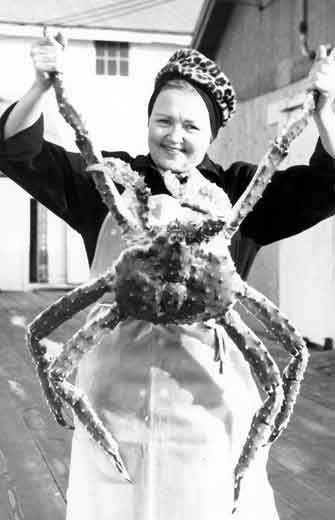 Somebody pass the garlic butter.

As March 27th approaches, it’s hard to get earthquakes off my mind. Below is a great short film by the U.S. Geological Survey that reveals the scope of the biggest earthquake ever to hit the Northern Hemisphere, the Good Friday Quake that hit Alaska on March 27, 1964.

The ’64 quake lasted over four minutes. That’s a ridiculously long time for an earthquake. Four minutes is how long it takes Elsa to sing “Let It Go” in the movie Frozen. It’s how long hard-core, Olympic-level runners run to reach a mile. In four minutes on a typical day in the United States, 30 babies are born, 38 people die, and 4,080 Big Macs are eaten. Four minutes in a 9.2 earthquake is forever.

Watch the video. When you’re done, check your watch. The video below – four minutes and four seconds long – is shorter than the quake itself.