I’m so excited – six weeks until my oldest daughter and I get to attend the Willamette Writers’ Conference in Portland! Attending a conference has been a dream of mine for a while now, but life is busy and travelling is expensive, especially from Alaska. This year, we just decided we had to make it happen. 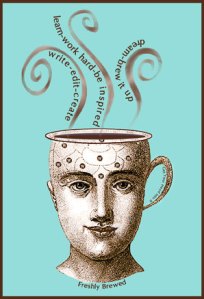 I’ve been putting finishing touches on my new book, THE VOLUME OF WATER. I plan to have it completely spit-shined in time for the conference, and I’ve polished my query, which is what writers use to pitch their books to literary agents. It’s harder than you’d think, condensing an entire novel into a paragraph or two. I think my eleventh draft is the one I’m going with, although with six weeks left to fret over it, most likely I’ll go through another dozen or so before then, tweaking a word, obsessing over a comma, obsessing over whether I’m obsessing too much. I am scheduled to meet with three VERY AMAZING agents at the conference to pitch my book. And yes, I am terrified.

Since I’ve been completely absent for the last year, I figure the best way to explain my new novel is to post my query here. So here it is …

Alaska, 1964: Mary Henderson is almost fifteen. She’s quiet, shy – not someone you’d notice. Childhood polio has stolen her volume, and that pale/weakling thing just doesn’t cut it with the rough cannery kids on the tiny island her family now calls home. Her one tether to the outside world is her HAM radio; nights are filled with the voices of friends all over the West Coast. Someday, she might actually find the courage to speak to them. Her own parents, a pair Baptist missionaries from Pasadena, are just too perfect to relate to, and not even the perky style mavens from her hand-me-down magazines can help her with her feelings for Noah, who is seventeen, an Aleut, and absolutely off limits.

At 24, Nadine has seen and done it all. Left behind in Kodiak by a guy whose idea of forever proved shorter than the summer sockeye run, Nadine serves whiskey to the men from the docks and waits for her real Prince Charming to sail in on the tide. A chance photo makes her famous, but self-loathing might just drag her under. Phillip, a Navy officer, has the perfect wife, but God help him he’s sick of her, and it doesn’t help that he can’t keep his eyes off Nadine. Lonely Coast Guard lighthouse keeper Reed Franklin only wants to make it through his one-year tour on The Nightmare and get back home to Bakersfield, but for LA newspaperman Hank Wasser, breathing in Alaska’s sweet, salt air is like waking from a bad dream – he may never go home again.

Then on Good Friday, Alaska is hit by a 9.2 mega thrust earthquake – the strongest ever recorded in the Northern Hemisphere. Giant waves come crashing in afterward, and overnight their way of life is swept away forever. For Mary, Nadine and other lost souls, it might just mean redemption: anyone can now be anything they want … if they can just get past what they’ve always been.

So that’s what’s up with me. I’d love to hear what everyone else has been up to over the past year – let me know in the comments section!