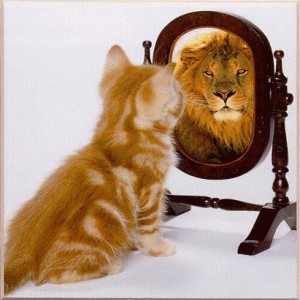 One of the best teachers I ever had was professor Ron Spatz at University of Alaska Anchorage, who was then the head of the Creative Writing Department and also the editor of the prestigious Alaska Quarterly Review literary journal.

Ron Spatz was one of those people with the unusual gift of bringing out the best in people. He didn’t settle for second-best from anyone, and had an uncanny way of knowing when someone was handing in something less than they were capable of. I could fill a book, I suppose, with great Ron Spatz-isms. But there is one lesson he taught us eager would-be writers that has really stayed with me, even 15+ years later. It’s a simple idea, really, but it’s influenced every piece I’ve ever written since, and even the way I deal with people in “real life.”

Told you it was a simple idea. At least, it seems so on the surface. In reality, it’s profound, and remembering this can help us understand how people (characters) behave, both on the printed page and off.

For example, suicide is epidemic among young people – especially in Alaska, where I live.  Say a character loses his job, laid off with a bunch of other guys. If my character sees himself as unredeemable, a hopeless failure, that this is just further confirmation that he can’t do anything right, he might consider suicide. Whereas most people would consider being laid off just temporarily bad circumstances and never consider such a drastic response.  It’s that self perception, whether accurate or not, that makes the difference.

A woman who’s been told she’s “loose” or “immoral?” Odds are she’ll act that way, dress that way. If she’s sexually assaulted, she might even think she deserved it. A teenager who’s always been treated like a thug will probably act like one. A man who thinks he’s not very smart will probably never try for a mentally-demanding job – even if he’s actually got an IQ of 130.

Of course, our self-perception isn’t always formed by the opinions of those around us. That jobless, thirty-something loser living at home? He would never date anyone with less than supermodel good looks because inside, for whatever reason, he believes he’s worth it. On the flip side, we’ve all seen brilliant, beautiful people engage in self-destructive behavior (the supermodel in an abusive relationship, the amazingly talented singer who refuses to audition for a musical, and so on) because they don’t think they’re “good enough” in spite of the opinions of those around them.

“I did not achieve this position in life by having some snot-nosed punk leave my cheese out in the wind.”

The funny thing is, we all have our blind spots – those instances in which the way we perceive ourselves doesn’t *quite* sync with the rest of the world. This can make for great character development too. Remember Mr. Rooney in Ferris Beuller’s Day Off? He thought of himself as a man on a mission – a rather righteous one at that; his students thought he was a nutcase. Or take Mr. Darcy, for example. Until the venerable Elizabeth Bennet set him straight, he had no idea what a stuck-up, priggish jerk he really was. One of the best ways I’ve ever seen this pulled off was with the Addams Family movies – Gomez and Morticia actually think it’s everyone else that’s strange, not them.

So tell me what you think. Have you found this to be true? Do you know anyone with a blindspot like Mr. Rooney? Has there ever been a teacher in your life whose advice stuck with you years later? Let me know in the comments!